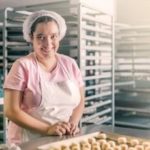 Ticket to Work Puts People Back in the Driver’s Seat

Social Security encourages people to rejoin the workforce when they are able. Ticket to Work is our free and voluntary program that helps people get vocational rehabilitation, training, job referrals, and other employment support services.

This program is for people ages 18 to 64, who are receiving disability benefits, and need support re-entering the workforce or working for the first time. While many disabled individuals are unable to work and may never be able to return to work, we know that some are eager to try working again. Work incentives make it easier to work and still receive health care and cash benefits from Social Security while providing protections if people have to stop working due to a disability.

Remember, Social Security is with everyone through life’s journey, providing resources that can help people reach their work and retirement goals.

Take a few moments to listen to some interesting information on Healthy Aging presented by Debbie Caneen.

Anger management helps you recognize frustrations early and resolve them in a way that helps you express your needs — and keeps you calm and in control. Coping well with anger is a learned behavior, just as behaving badly when you get frustrated is a behavior you have to unlearn. Anger management is a way of systematically recognizing what pushes your buttons and how to respond in ways that work for you instead of against you.

Everyone feels angry and says and does things he or she regrets from time to time. This is normal, and not necessarily a sign you need to seek out anger management help. However, when your anger is damaging your relationships, is making you miserable or is resulting in dangerous or violent behavior, you probably need help.

Some good indicators you need help controlling your anger include:

When you start working on anger management, identify your particular triggers and the physical and emotional signs that occur as you begin to get angry. Pay attention to these, and write them down:

What you can expect

Anger management classes or therapy for anger management (also called psychotherapy) can be done one-on-one, with your partner, child or other family members, or in a group setting. You may need to attend a number of classes or counseling sessions over a period of weeks up to a few months.

The aim of counseling and anger management classes is to teach you to:

Improving your ability to manage anger has a number of benefits. You’ll feel like you have more control when life’s challenges turn up the heat, and more relaxed in challenging situations. Knowing how to express your feelings assertively means you won’t feel frustrated because you feel like you need to “hold in” your anger to avoid offending someone.

Anger management can help you:

If you have Alzheimer’s disease, it’s important to understand that your life is not over. Living with Alzheimer’s means dealing with some life changes sooner than you had anticipated.

You can live a meaningful and productive life by taking care of your physical and emotional health, by engaging in activities you enjoy and by spending time with family and friends.

Caring for Your Physical Health

Caring for your physical health can improve the quality of your life for years to come.

Coping With Your Feelings

After receiving a diagnosis, you may experience a range of emotions, including:

The feelings you may be experiencing are normal. But it is important to find ways to deal with those feelings. The following suggestions may help you take care of your emotional needs:

Older men may be at risk of developing mild cognitive impairment (MCI), often a precursor to Alzheimer’s disease, earlier in life than older women, according to a study appearing today in Neurology.

Scientists evaluated the cognitive health of 1,969 dementia-free older people and found 16 percent showed signs of MCI, a condition usually marked by memory problems or other cognitive problems greater than those expected for their age. Prevalence was greater among the older participants, and it was consistently higher in men than women across all age ranges.

Ronald C. Petersen, Ph.D., M.D., and his team at the Mayo Clinic, Rochester, Minn., conducted the research, which was also supported by the National Institute of Mental Health (NIMH), also part of the NIH. Additional funding was provided by the Robert H. and Clarice Smith and Abigail van Buren Alzheimer’s Disease Research Program and the Rochester Epidemiology Project, also supported by NIA.

“Because evidence indicates that Alzheimer’s disease may cause changes in the brain one or two decades before the first symptoms appear, there is intense interest in investigating MCI and the earliest stages of cognitive decline,” said NIA Director Richard J. Hodes, M.D. “While more research is needed, these findings indicate that we may want to investigate differences in the way men and women develop MCI, similar to the way stroke and cardiovascular disease risk factors and outcomes vary between the sexes.”

The researchers conducted in-person evaluations of 1,969 randomly selected people from all 70- to 89-year-olds living in Olmsted County, Minn. The group was evenly split between men and women. Each individual received a neurological evaluation and neuropsychological testing. A panel then reviewed those data plus other information, such as health history and occupation/education levels, to reach a diagnosis. Sixteen percent were diagnosed with MCI; these individuals displayed either amnestic MCI, where memory is impaired, or non-amnestic MCI, where different cognitive problems arise, such as with language.

Results of the study indicated that:

The researchers noted that estimates of MCI prevalence vary in studies conducted around the world but generally fall into a range of 11 to 20 percent. The Mayo team’s evaluation of participants included detailed in-person assessments that helped to capture the subtle changes in daily function that may mark the onset of MCI, Petersen said. The researchers also noted that the study’s limitations include a relatively low participation rate by Olmstead County residents and the fact that the population is predominantly white. Thus, these findings may not apply to other ethnic groups.

The NIA leads the federal government effort conducting and supporting research on the biomedical, social and behavioral issues of older people. For more information on aging-related research and the NIA, go to www.nia.nih.gov. The NIA provides information on age-related cognitive change and neurodegenerative disease specifically at its Alzheimer’s Disease Education and Referral (ADEAR) Center site at www.nia.nih.gov/Alzheimers. To sign up for e-mail alerts about new findings or publications, please visit either website.

The mission of the NIMH is to transform the understanding and treatment of mental illnesses through basic and clinical research, paving the way for prevention, recovery and cure. For more information, visit www.nimh.nih.gov.

The National Institutes of Health (NIH) — The Nation’s Medical Research Agency — includes 27 Institutes and Centers and is a component of the U.S. Department of Health and Human Services. It is the primary federal agency for conducting and supporting basic, clinical and translational medical research, and it investigates the causes, treatments, and cures for both common and rare diseases. For more information about NIH and its programs, visit www.nih.gov.

Alzheimer’s disease will bring significant changes in your day-to-day experiences. Things you once did easily will become increasingly difficult. The following suggestions may help you cope with changes in your daily life and plan for changes that will occur in the future.

You may find familiar activities such as balancing your checkbook, preparing a meal or doing household chores more difficult. Try the following tips:

You may begin to experience difficulty understanding what people are saying or finding the right words to express your thoughts. The following tips are important in communicating:

Many individuals manage on their own during the earliest stages of Alzheimer’s disease, with support and assistance from others. The following suggestions may help if you live by yourself.

Keep a list of things for them to check out around the house, such as electrical appliances, mail and food items.

This information is provided by the Alzheimer’s Organization (alz.org).

Experts have documented common patterns of symptom progression that occur in many individuals with Alzheimer’s disease and developed several methods of “staging” based on these patterns.

Staging systems provide useful frames of reference for understanding how the disease may unfold and for making future plans. But it is important to note that not everyone will experience the same symptoms or progress at the same rate. People with Alzheimer’s die an average of four to six years after diagnosis, but the duration of the disease can vary from three to 20 years.

The framework for this section is a system that outlines key symptoms characterizing seven stages ranging from unimpaired function to very severe cognitive decline. This framework is based on a system developed by Barry Reisberg, M.D., Clinical Director of the New York University School of Medicine’s Silberstein Aging and Dementia Research Center.

Within this framework, we have noted which stages correspond to the widely used concepts of mild, moderate, moderately severe and severe Alzheimer’s disease. We have also noted which stages fall within the more general divisions of early-stage, mid-stage and late-stage categories.